Australia has hinted it could introduce an English language requirement as part of its residency-by-investment program. 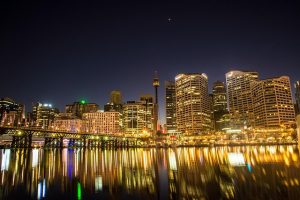 The changes will come as part of a full review into the Australian Significant Investor Visa, for which the vast majority of candidates are Chinese nationals.

Under the stream, candidates must invest A$5 million and hold the investment for at least four years.

Alex Hawke, Assistant Immigration Minister, said: “The expectation from the Australian community is that migrants have competent English. I don’t think that is unfair.”

The government is introducing a number of changes on immigration policy, including toughening up the country’s popular temporary work visa and making it more difficult to become an Australian citizen.

The trend for far-right, protectionist politics has gripped Australia just like many other countries around the world.

As the centre-right ruling party loses support, the more extreme One Nation party is gathering followers, much like the UK Independence Party did during the vote to leave the European Union.

Tightening of the Significant Investor Visa rules would be the second time the stream has been altered in recent years.

Permitted investments must be made in the manner described below.

How Significant Investor Funds Must Be Allocated

In 2015 the investment strands were made riskier, with property investment removes as an option, causing the popularity of the program to plummet in favour of the growing number of competing options.