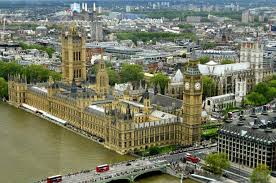 Over 264,000 high net worth individuals (HNWIs) globally, have obtained a second nationality since 2000. Overall, HNWIs seek out second passports from countries that offer enhanced global mobility, greater economic and political stability, as well as better protection for their wealth, and better education for their children. Most countries seeing outflows of millionaires also have stringent tax regimes, providing an additional motivational factor to the ultra-rich seeking to safeguard their wealth.

Overall, the UK has the third highest number of millionaires in the world, after the US and Japan. Many are from Russia, China, India, the Middle East and Africa.  The UK is a popular choice because of the ease with which UK passport holders can travel within the European Union. The UK is also attractive because of the many higher level academic institutions, and the ease of buying property and transferring capital.

The report classifies high net worth individuals (HNWIs) as individual with net assets of at least $1 million, not including their primary residences.

The UK is especially popular with Russian HNWIs. In the first half of 2014, Russian HNWIs purchased approximately 20% of London homes valued up to $15 million. Russian millionaires are leaving due to the country’s worsening economic and political troubles.

According to New World Wealth’s report, China has had a net outflow of 91,000 millionaires over the past 14 years, making it the world’s top source of migrant millionaires, ahead of India and France. Four of the five BRICS countries – China, India, Russia, and South Africa – are among the top eight countries with the most outflows of millionaires.