The Czech Republic is the latest country to consider introducing an investment immigration ‘golden visa’. 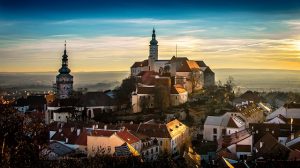 The European Union member’s lawmakers have seen the success of other programs and could be about to put their own program into the market.

An amendment to the country’s foreign residence law is currently being considered by the Czech parliament, and an investment string could be added to the legislation.

Currently non-EU citizens can get Czech residency for university study, if they have a Czech partner, want to do specific research or have a job offer.

Candidates would have to submit a business plan that would show a benefit to the country and create 20 jobs. In return, a renewable two-year permanent residency permit would be issued.

Policymakers are also said to be considering lower investment threshold options, and allowing several candidates to combine to raise the require amount.

It is also reported that stringent security checks will be put in place.

Interior Ministry spokesperson Hana Mala said: “Along with routine affairs, there will be also a check of whether the person in question may pose a danger to the public order, security and health.”

The proposal would put the Czech program among the more expensive options when compared to similar EU countries.

Popular programs in Portugal, Malta and Spain offer residency in return for the purchase of property.

Whether the draw of Czech residency will be enough to lure high-net worth individuals away from those programs remains to be seen.