The developers and real estate companies who use the US EB-5 investment immigration program lawfully have welcomed potential tightened regulations under Donald Trump. 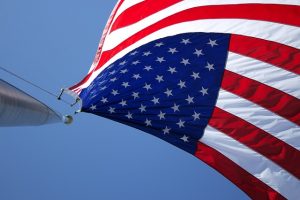 While the USA immigration program has received bad press for a series of problems with fraud, there are thousands of good-faith projects across America that would never have succeeded without EB-5 funding.

The program, which grants conditional US green cards in return for significant investment, was recently granted the latest in a series of temporary extensions by Congress, this time until September 30, 2017.

However, a White House statement since the extension described the program as ‘in need of substantial repair’.

While such a statement may upset the alleged fraudsters, for those using the program properly anyway are not afraid of more robust regulations.

The company has used $55 million in EB-5 funds to develop 1.2 million square feet of office space since 2012, helping 172 immigration candidates get their green cards.

“There are a lot of bad actors in the industry,” Azpurina told The American Bazaar website. “There have been quite a few scandals around the EB-5 project because there is not enough regulation.

“Some of these new bills that have been proposed give a lot of clarity and benefits to the industry. So, we are looking forward to it.”

Azpurina also gave a succinct definition of the intentions of EB-5, and why it cannot be terminated entirely, as several lawmakers have suggested it should be.

“EB-5 is about smart, purpose-oriented money for creating jobs, he said. “The only reason why the United States was able to recover from the Great Recession in 2008 is because the whole country was focusing on jobs creation.

“There is no other way to improve the economy – you have to create jobs. So, everything that results in jobs creation got to be the priority of every government, politician and local leader.”

Talk of a major overhaul prior to the most recent extension of EB-5 proved to be posturing as none of the multiple proposals put forward gained any traction.

Some of the uncertainty about Trump’s stance on EB-5 was cleared up in a government statement published by the Washington Post recently.