New Zealand has announced plans to double the investment required to gain permanent residence under the ‘investor 2’ visa, its government has announced, as neighbour Australia faces pressure to scrap its program altogether. 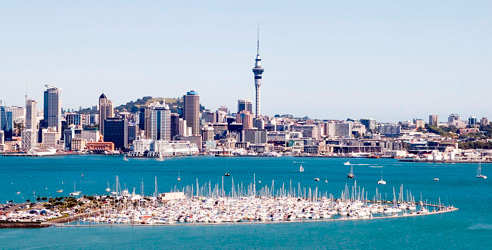 Starting in May 2017, investors could be required to pay NZ$3 million instead of NZ$1.5 million to get permanent residence in New Zealand. At the same time, the government also plans to increase the number of visas issued, from the current 300 per year up to 400.

New Zealand is currently looking at ways to shift its immigration policy so that it provides more benefit to its economy.

The technology and construction industries in the country are desperate for highly-skilled immigrants to help them grow, but these foreign workers are in demand all over the world and competition is fierce.

The country’s central bank has criticised the government, calling for it to modify immigration policies to increase the quality of new permanent residents.

Government figures suggest nearly $3 billion has been attracted via the investment program since it was introduced in 2009, with most of it pumped into bonds.

By contrast, Australia is being urged to end its permanent residency-through-investment visa over fears it is overheating the property markets of major cities.

Interest in the program has dropped dramatically since riskier investment classes were introduced, and now experts say the time has come to end it entirely.

Under the program, candidates are granted permanent residency for an investment of A$5 million over four years, or A$15 million in 12 months.

The program has initial success when it was introduced in 2012, and has raised a total of A$5.4 billion over the last four years.

The initial investment target was A$10 billion at a capacity of 2,000 visas per year.

But rapidly increasing house prices in sought-after cities like Sydney and Melbourne mean support is gathering for the visa to be abolished.

Statistics show 90 per cent of the 1,228 visas awarded through the program went to high-net worth individuals from China.

An report commissioned by the Australian government recently recommended the closure of the program, saying the requirement for just 160 days of physical presence over four years was too low. It also criticised the lack of English language requirement and upper age limit.

The government is yet to say whether it will act on the report, released on September 12, 2016.

Since Australia changed the rules in July 2015, just 98 applications have been received and 10 visas issued against a target intake of 2,100. That contrasts with 1,544 applications and 590 visas during the final year of the previous program.