Chinese Could Ignore EB-5 In Favour of Canada, UK, Australia

Experts say wealthy Chinese will start to move away from the US EB-5 and towards investment immigration programs in Canada, the UK and Australia – but it has little to do with Donald Trump. 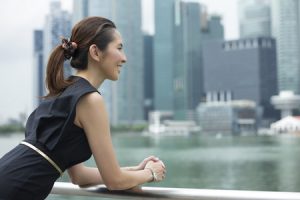 A huge backlog of Chinese applications means years-long processing times are forcing candidates to look elsewhere towards other investment programs.

With education for their children top of the list of motivations for high net worth Chinese moving around the world, the standard of schools in Canada, the UK and Australia could be a key factor in drawing investment visa candidates their way.

That’s not to say uncertainty created by the policies of Trump on immigration are helping, but experts do not believe the U.S. president is about to scrap the lucrative EB-5 program.

Several Trump projects were funded by investment from the program before he became president.

He is yet to make clear his position on the visa, while at the same time beginning a complete overhaul of USA immigration policy.

Uncertainty is one of the chief issues at the moment, as well as changes that might be made to the program, which is under the latest of a series of temporary extensions, expiring on April 28.