A company that was actively managed by Jared Kushner before he became a senior advisor to his father-in-law, President Donald Trump, has become the subject of an investigation by the U.S. Securities and Exchange Commission (SEC) over its use of EB-5 visas for financing its development projects. 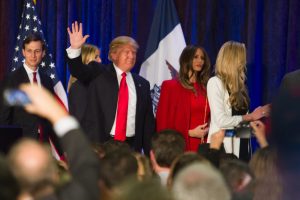 While Kushner no longer plays an active role in managing the company, he, according to the most recent disclosure of personal financial details, continues to own a stake in parts of the business.

The EB-5 visa has been under the spotlight for numerous reasons, good as well as bad. The controversial immigration program offers fast-track permanent residence in the USA to investors fulfilling minimum requirements.

Candidates must invest at least $1 million and create at least 10 permanent jobs for US permanent residents or citizens over a span of five years to qualify for the green card. For those investing in high-unemployment areas, the minimum requirement drops to $500,000, a figure that has not been revised since the program’s introduction in 1990.

While supporters talk about creation of tens of thousands of jobs and FDI inflow running into billions of dollars, critics highlight risks like lack of oversight, national security threats, questionable interpretation of rules, money laundering, and inevitable devaluation of US permanent residence and citizenship.

This is not the first time the Kushner family has been involved in an EB-5-related controversy. In May 2017, Jared Kushner’s sister was actively involved in events aimed at attracting investment from wealthy Chinese investors for a real estate project that was being developed jointly by Kushner Cos and KABR Group.

While, the company apologized for using the president’s son-in-law’s name in its marketing campaigns focusing on attracting $150 million from EB-5 investors, the publicly-advertised event apparently drew the attention of the SEC, which sought details of the company’s use of the EB-5 visa in May 2017.

Further, the company was, in the same month, requested by the New York federal prosecutors for details related to real estate development projects that received financing and funding from EB-5 visa applicants.

The only party to publicly respond to the SEC and NY Federal prosecutors’ requests, a representative of Kushner Cos affirmed the company’s commitment to upholding the law and stated that the company was cooperating with all government requests for information.

Normally, the SEC would not have jurisdiction over Kushner Cos since it is not a publicly-traded company. However, funding received through the EB-5 program is, by law, considered a securities offering, which falls under the SEC’s regulatory and investigative jurisdiction.

While there is no evidence of any wrongdoing or violation of the law, the investigation may again draw attention to how the EB-5 visa’s reduced investment requirement for projects in Targeted Employment Areas (TEAs) is being used to finance construction of high-end real estate projects in plush and upscale areas of big American cities.