The U.S. EB-5 investment immigration program has received another temporary extension in its current form as part of a short-term funding bill passed by Congress late on Thursday, December 7. 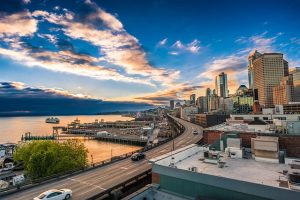 The popular immigration program, along with the rest of the government budget, was due to expire on December 8 under the previous temporary extension. The new short-term extension now expires on December 22.

It means Republicans and Democrats have more time to reach an agreement that would see a long-term budget approved. President Donald Trump convened a meeting between lawmakers from both sides at the White House earlier on Thursday.

Despite several calls for the EB-5 program to undergo major changes, and others for it to be scrapped altogether, the status quo of continuing temporary extensions remains.

The current thresholds remain the same, with $500,000 required when investing in a Targeted Employment Area (TEA), and $1 million in a general area of business. The investment must create or preserve 10 jobs for qualified US workers.

Talk of a major overhaul prior to the previous extension of EB-5 proved to be posturing as none of the multiple proposals put forward gained any traction.

Upon approval of the visa, the applicant along with his/her spouse and unmarried children under the age of 21 may be admitted to the US during the two-year conditional term of the visa.

Chinese candidates dominate applications for the EB-5 programs, which has an annual cap of 10,000 visa and 700 for individual countries. As a result, there is a years-long waiting list for Chinese applications.

Indians are also key candidates of the program, with many believing it is a better alternative to the H1-B visa, currently the subject of a Trump crackdown.