Two out of every three Indian candidates for the U.S. EB-5 investment visa cite the draw of a better education for their children as the key factor behind why they applied. 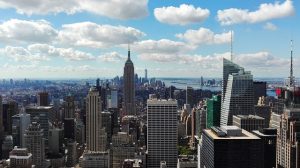 The statistic shows that high-net worth candidates consider improving their own circumstances as secondary to providing a better future for their offspring when looking to investment visas.

Despite uncertainty surrounding the future of the program under U.S. President Donald Trump, Indian investors still see it as a viable pathway to an American green card.

The EB-5 program has been the subject of a number of temporary extensions under both the current and previous U.S. administrations, with the current period set to expire on December 8, 2017.

Many within U.S. politics would like to see the visa scrapped, citing issues such as fraud and lengthy waiting lists. There are also those holding the core belief that a green card should not be for sale to high-net worth candidates.

Others have called for changes to the program, including raising the investment thresholds and redefining how Targeted Employment Areas (TEAs) are allocated.

Under the current program, investors who pay $500,000 into projects creating 10 or more jobs in TEAs receive U.S. permanent residence. If the investment is outside a TEA, the threshold doubles to $1 million. A TEA is defined as a high unemployment area, but have been the subject of manipulation from real estate companies looking to attract investment.

The U.S. government grants 10,000 visas per year under the EB-5 program, with 70 per cent of them snapped up by Chinese investors. The visa is also popular with candidates from Vietnam, South Korea, Russia and India.