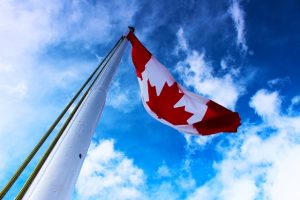 In a study that focused on USA immigration, researchers found that doubling the number of immigrants from a given country boosts the likelihood of FDI from that country by 4 per cent.

Researchers from Stockholm University, Chicago Booth and Toulouse School of Economics combined to study 130 years of USA immigration data, which can be directly applied to Canada immigration.

The reason? Having social and cultural links to a country breaks down barriers including language, plus helps to navigate tax laws and other regulations.

The conclusions of the study are supported by another study by the National Bureau of Economic Research, which said the more immigrants of a given nationality or culture a country welcomes, the more likely the nation of origin is to invest further down the line.

Investment might come in the long term, as often the ‘push’ factors of migration mean the nation of origin is not in a position to invest short term.

A good example of this is Syria, extremely unlikely to invest any time soon, but with refugees spreading all over the world, including more than 40,000 in Canada, FDI could flow in more stable times when citizens are looking for places to put their assets.

“If there’s a personal connection, it’s much easier to overcome all of these problems,” according to Tarek A. Hassan, one of the authors of the National Bureau of Economic Research study.

The results suggest that counties within the US more open to immigrants were significantly more likely to receive FDI further down the line.

“Taken together, our results suggest that receiving migration from a foreign country has a positive long-term effect on the ability of local firms to interact economically with the migrants’ country of origin,” the study says.

Often countries use tax breaks to encourage investment. This study suggests they would be better off welcoming immigrants because of the longer-term gains. History shows investment follows the same paths at migration.

One of the examples used in the study is the Chinese Exclusion Act, an 1882 law banning Chinese immigration to America until 1943. The results suggest 26 per cent more counties in Massachusetts would have benefitted from investment were the law not imposed.

The evidence represents another example of the long-term benefits of Canada immigration, often overlooked by policy makers reacting to immediate economic needs.

A recent study showed the children of immigrants significantly outperform their Canadian peers in terms of both high school and university graduation.

Immigrants are also more likely to own their own businesses than their Canadian-born counterparts.

With a rising tide of anti-immigration politics seemingly sweeping the world in the shape of Donald Trump’s presidency and Britain’s exit from the European Union, the powers that be would be well-advised to consider such proven benefits.