Canada has taken a surprise move to impose a visa requirement on citizens of Antigua and Barbuda.

Ottawa announced on Monday, June 26, 2017 that all citizens of the Caribbean nation would require a visa as of 5.30am on Tuesday, June 27, 2017. Any previously granted Electronic Travel Authorization (eTA) is defunct as of this time. 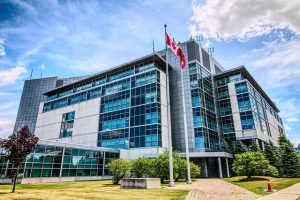 The statement added that Canada needed to protect “the integrity of our immigration system and ensuring the safety of Canadians”.

The move could be linked to concerns over the integrity of the Antigua and Barbuda Investor Citizenship Program, which grants citizenship in return for an investment as low as US$200,000.

The program is one of the cheapest in the region, and effectively meant people could buy their way to visa-free travel into Canada.

A similar move was made to impose a visa restriction on travellers from St. Kitts and Nevis by the previous Conservative government in 2014.

According to sources, authorities had evidence of people linked to terrorist organizations and criminal gangs buying St. Kitts passports to enter Canada without immigration screening.

Since then, St. Kitts has overhauled its investor residence program, although Canada is yet to lift the visa requirement.

For travellers in transit

During the first 48 hours after the imposition, or until 5.29am June 29, the government of Canada will be working closely with airlines to help facilitate travel for those who are already in transit to Canada.

To help speed up visa processing, citizens who are in Antigua and Barbuda and who have already booked a flight to Canada, departing on or before July 11, can send their complete visa application, along with proof that they purchased their flight before June 27, the appropriate fees and supporting documents, directly to the Visa Office in Port of Spain, Trinidad and Tobago, for priority processing. If they go in person before noon, their application will be processed that day. If they send via courier, their application will be processed within 24 hours.

Note that while these applicants will receive priority processing, they are not guaranteed a visa by their travel date and may need to make alternative travel arrangements.

For all other travellers, including those outside of Antigua and Barbuda and those with flights leaving after July 11, 2017

Most applications (80 per cent) are processed within 14 days.

Note: Having pre-booked travel plans or a previously valid eTA does not guarantee that a traveller will be issued a visa.

All lawful permanent residents of the U.S. need an eTA to fly to, or transit through a Canadian airport.

When flying to Canada, these travellers must travel with their U.S. Green Card and the valid passport that they used to apply for their eTA. When driving or arriving by train, bus or boat, Green Card holders do not need a visa or an eTA, but they will need to bring proof of their permanent residence.

Antiguan and Barbudan citizens can continue to stay in Canada for as long as they are authorized to do so. Study and work permits, as well as visitor records, remain valid.

However, those who plan to travel outside Canada and then re-enter will need to apply for a visa to return to the country.