The Quebec Ministry of Immigration, Diversity and Inclusion has introduced some minor application fee increases for its immigration programs. 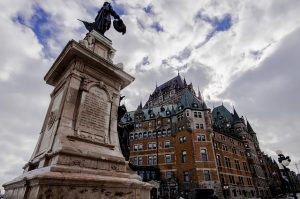 In certain cases, candidates will pay just a dollar more in 2017 than they would have done in 2016.

Elsewhere, the increases were insignificant.

In September, Quebec immigration minister Kathleen Weil outlined her plan to increase the number of immigrants coming into the province to 52,500 by 2019.

The announcement is a step back from an initial plan to welcome 60,000 new immigrants from 2017, but it is an indication that Quebec’s Liberal government understands how important immigration is for economic prosperity.

Quebec is battling a naturally declining working-age population. People are getting older and retiring, and there are not enough coming into the work force to replace them. This is down to the province’s low birth rate, combined with high out-migration within Canada.

Meanwhile, a recent report called on Quebec to do more to integrate and improve the job prospects of new immigrants.

Newcomers suffer higher unemployment rates and are more likely to end up in a job for which they are overqualified and paid less than native Quebecers, the Institut de Recherche et d’Informations Socio-Economiques (IRIS) report, released in October 2016, said.

The report looked at the last 10 years, when the unemployment rate for new immigrants has average 11.2 per cent, as against 5.8 per cent for those born in Canada.