Ontario is set to introduce a foreign buyer tax in the Greater Golden Horseshoe region to help cool the out-of-control housing market. 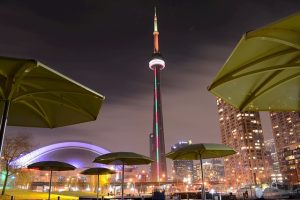 The 15 per cent tax follows a similar measure introduce by British Columbia in Vancouver, although the Ontario version would cover a larger geographic area.

The Greater Golden Horseshoe extends from Waterloo west of Toronto to Peterborough in the east as the provincial government takes notice of the widening impact of the increased house prices.

The Non-Resident Speculation Tax is part of the Fair Housing Plan, which includes 16 measures to stabilize the market and make both buying and renting housing more affordable.

Ontario Premier Kathleen Wynne said: “People work hard to provide for their families. They should be able to rent or enter the real estate market without making great sacrifices or taking on a huge amount of risk.

“At the same time, we recognize the need to protect the significant investment homeowners have made. This plan balances those needs to stabilize the market and prevent a sharp correction that would be harmful to everyone.”

The Ontario government faces some stiff opposition to a potential foreign buyer tax, with the argument being purchases from overseas buyers make up only a fraction of the transactions that take place in the Toronto housing market.

Instead, opponents argue a lack of supply is directly to blame for the rising house prices.

The measure is designed to focus on the areas most in need by rebating a portion of development charges.

A further measure introduced under the plan will be an expansion of rent control, which previously only focused on buildings built before 1991.

The new plan with introduce a 2.5 per cent cap on rent for all Ontario residential buildings.

There are rumblings in both Vancouver and Toronto concerning the impact of the Quebec Immigrant Investor Program on house prices in the two cities.

The QIIP awards Canada immigration for an investment of $800,000 to individuals with a legally acquired net worth of at least $1.6 million.

The problem is that once the high net worth individuals who qualify for Quebec immigration via the program are awarded Canadian permanent residence, they have the constitutional right to live anywhere in Canada.

Officials in Vancouver and Toronto say the majority of them end up in their cities, with the result being red hot real estate markets.