Britain’s exit from the European Union is expected to spell more trouble for its already-struggling investment immigration program.

With cheaper programs in Portugal, Malta and Cyprus already attracting the vast majority of investment money, the so-called ‘Brexit’ is likely to further reduce interest in the Tier 1 Investor Visa.

New British Prime Minster Theresa May has promised to push ahead with the Brexit plan, but there is uncertainty over exactly what shape it will take. 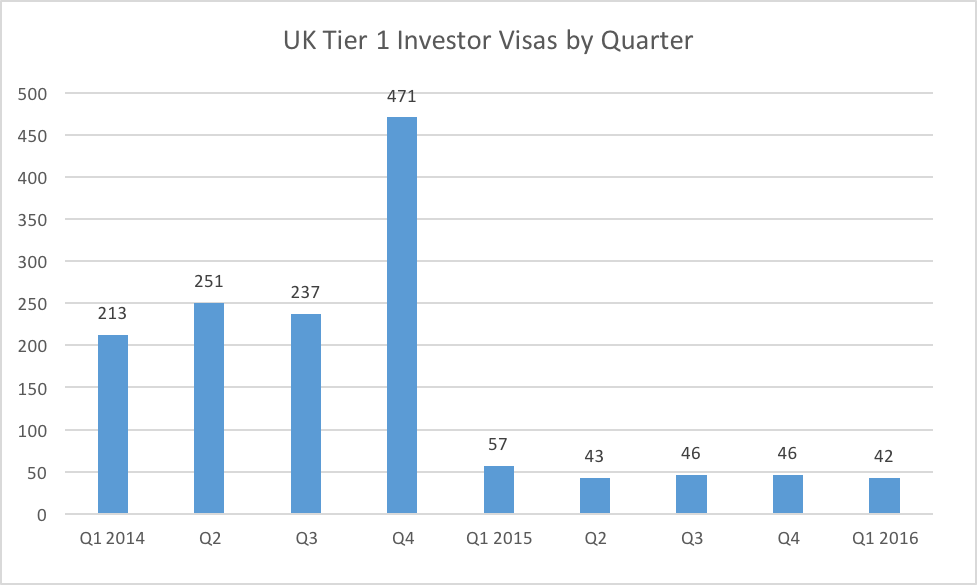 In the short term, that is likely to mean investors will avoid the British program over fears Europe-wide free movement will no longer be a benefit of permanent residency.

Should those fears be realised in the longer term, the exit could spell the end of the program altogether.

Until November 2014, the program was popular, particularly with the super-rich from China and Russia.

But when the investment threshold was doubled from £1 million to £2 million, that popularity plummeted almost overnight.

Now those numbers are set to drop even lower, with 42 visas awarded in the first quarter of 2016.

Meanwhile, the day of the Brexit referendum also saw a surge in Google searches for ‘how to move to Canada’, as Britons concerned over the impact of the vote looked at how they could escape the country.

As the pound dramatically dropped and financial markets fell, even some of those who vote to leave the EU started to regret their decision.