Wealthy Chinese candidates are lining up for New Zealand immigration under the country’s investor visa program. 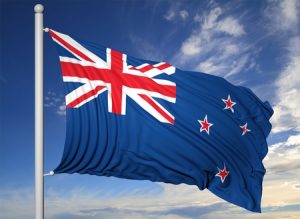 Figures show that of the $5.3 billion to be invested under the New Zealand investment immigration program, $3.3 billion to come from Chinese investors interested in moving to New Zealand. Of that figure, $1.7 billion has already been invested, with the remainder the subject of approved applications.

The figures, published by Immigration New Zealand, are further evidence of how important Chinese immigrants have become to investment programs all over the world.

Some 55 Chinese investors chose New Zealand immigration’s Investor Plus category, which has a $10 million threshold and less stringent requirements.

Meanwhile, the Investor 2 category has attracted 777 Chinese candidates, requiring a $1.5 million investment and considerable physical presence before a New Zealand visa is awarded.

With Chinese making up 38 per cent of candidates for New Zealand immigration’s Investor Plus category, investors from the U.S. are next with 22 per cent of successful applications, followed by Japan (10 per cent), the U.K. (5 per cent) and Germany (4 per cent).

Starting in May 2017, investors could be required to pay NZ$3 million instead of NZ$1.5 million to get permanent residence in New Zealand. At the same time, the government also plans to increase the number of visas issued, from the current 300 per year up to 400.

New Zealand is currently looking at ways to shift its immigration policy so that it provides more benefit to its economy.

The technology and construction industries in the country are desperate for highly-skilled immigrants to help them grow, but these foreign workers are in demand all over the world and competition is fierce.

The country’s central bank has criticised the government, calling for it to modify immigration policies to increase the quality of new permanent residents.

Lawmakers want to see more of the money used to help the New Zealand economy grow instead of invested in safer government bonds.

All You Need To Know About US EB-5 Capital Redeployment
September 22, 2020