The future of the EB-5 investment visa for USA immigration remains unclear especially given the controversial policies of Donald Trump on immigration. 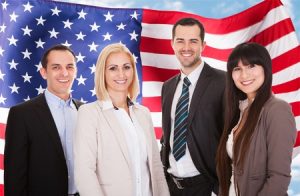 The current temporary extension of the EB-5 program expires on April 28, 2017, and there has been nothing apart from speculation on what Trump proposes to do when that date arrives.

Many would-be candidates for USA immigration through the EB-5 program are in limbo awaiting some indication on what Trump wants to do with the visa.

While Chinese investors dominate applications for the investment visa, another key source of candidates is Dubai, a city that draws residents from all over the Middle East, including the seven banned countries.

Investors hoping to secure passage to the U.S. to provide a better future for their children have now had their situations thrown into doubt.

Despite the policies of Donald Trump on immigration, real estate industry sources firmly believe he will separate a crackdown on people in the U.S. illegally from a program that has generated billions in foreign investment.

There have been calls for the investment threshold to increase, with separate proposals suggesting $800,000 and $1.35 million respectively as the minimum requirement, but nothing has gained significant traction.