Ireland has approved 130 applicants for its immigrant investor programme since it was introduced in 2012.

Of the 450 applications received, 273 of them came between July and November 2016, when the investment threshold was temporarily halved from €1 million to €500,000. The €1 million threshold has since been restored.
Of those 273 applications, 23 were approved, compared with 65 in 2015. 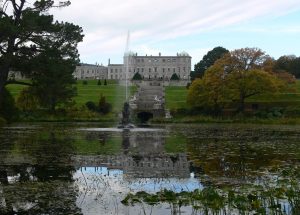 Under the programme, investors receive Irish residency in return for investment in one of several streams.

The 130 successful applicants have pumped €65 million into the Irish economy.

Applications are assessment by an evaluation committee made up of officials from various government departments and business groups.

The key factor is whether the application is good for Ireland as a country, with other factors including job creation and public interest also taken into account. The investment money must be legally acquired and not borrowed, while applicants themselves must be of good character.

Residency is granted for an initial period of two years, renewable for three years provided the investment is not withdrawn and applicants have not broken the law and can support themselves.

Recent applications and majored on investment in health care, nursing homes and social housing, which the committee felt needed to be coordinated with relevant authorities before approval.