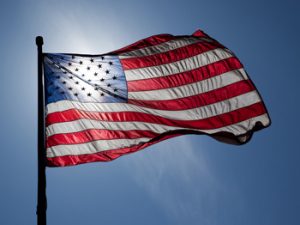 An announcement by the outgoing Obama administration suggested the investment requirement for both classes of the program rise by $800,000.

This would mean an investment of $1.3 million, up from $500,000, would be required for a project within a Target Employment Area (TEA), and a rise from $1 million to $1.8 million for a project outside such an area.

The thresholds would then be adjusted as per inflation every five years, under the proposals.

Further proposed changes include allowing a candidate to keep their place in the line if they are forced to refile an application.

Huge backlogs have been established under the program, particularly for Chinese investors after caps were introduced because of the number of applications from that part of the world.

Places in the line are reserve using a ‘priority date’ system – essentially the date an application was filed. However, should a project be discontinued and a candidate forced to refile their application, currently they move to the back of the line.

Under the new proposals, the original date would be retained.

Changes to the system of defining a TEA are also part of the Obama administration proposals. Currently, the system is flawed in that states and developers can set their own geographical parameters for what constitutes a TEA. The basic requirement is that average unemployment is at or more than 150 per cent of the national average and that the enterprise will be doing business in the designated area.

The system is open to abuse, with critics arguing too much of the investment cash goes to projects in big cities, instead of helping struggling towns, as is the intention.

The Obama proposals would move the power to designate TEAs into the hands of the US Department of Homeland Security.

It is difficult to give much credence to the proposals of an administration that is now no longer in power, but these ideas are an indication of what could happen to the EB-5 program under President Donald Trump.

The current program was temporarily extended to April 28, 2017 recently.