The Donald Trump travel ban has thrown a cloud of uncertainty over candidates for the U.S. EB-5 investment program who come from one of the seven targeted Muslim countries.

In several cases, candidates have been accepted for the program, paid their $500,000, but are now wondering how safe that money is as Trump attempts to crack down on U.S. immigration. 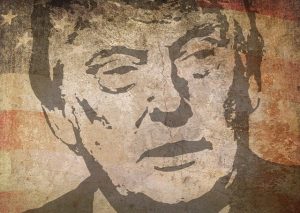 While Chinese investors dominate applications for the investment visa, another key source of candidates is Dubai, a city that draws residents from all over the Middle East, including the seven banned countries.

Investors hoping to secure passage to the U.S. to provide a better future for their children have now had their situations thrown into doubt.

Although the travel ban is currently suspended, Trump is working on a new executive order he hopes will avoid some of the legal pitfalls that saw it put on hold by the U.S. courts.

The new order is expected to be signed in the coming days, as Trump’s team works frantically to put it together in a more considered way.

The original order created havoc, with people already on planes to the U.S. stopped from entering the country when they arrived.

A lack of guidance on how to implement the new rules saw green card holders and dual citizens being stopped at the U.S. border or prevented from boarding planes in the first place.

The situation is now in an uneasy limbo, with the ban suspended while Trump works on his new order.

EB-5 clients do not only have the Trump ban to worry about, as it remains unclear what the president intends to do with the controversial program.

The current program was temporarily extended to April 28, 2017 recently.