The Cyprus finance minister has defended the country’s citizenship-by-investment scheme against criticism from the European Union and the International Monetary Fund.

Harris Georgiades says there are no plans to tighten eligibility criteria as the pressure comes on from the EU and the IMF. 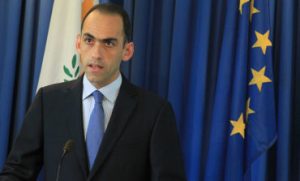 The minister described the program as a ‘useful tool’ in the Cyprus parliament, rejecting European Commission criticism that the country was ‘giving away’ passports.

“The state does not collect a single euro. The benefit is an indirect one, and has to do with invigorating the economy through a series of investments in various sectors,” Georgiades said in parliament.

Cyprus runs two programs, one that awards citizenship and one for permanent residence.

Purchase, creation, or participation in Cypriot businesses or companies: €2m

Combination of the five three investment options (may include purchase of special government bonds worth €500,000): €2m

Under the permanent residence program, investors are only required to buy a home worth at least €300,000. This program has raised €700 million over four years, bringing the total investment in both programs to €4 billion.

For a country that was forced to close banks in the wake of the 2008 financial crisis, these investment euros are a crucial economic stimulus.

Georgiades says the government is considering changes to the rules on how the program is promoted and where it is advertised.

Certain agents empowered with promoting the program are known to look for investors in countries where dual citizenship is not allowed, which the government feels has impacted the reputation of the scheme.