Developers in Cyprus are seeing healthy interest in both the Cyprus citizenship and Cyprus residency investment programs. 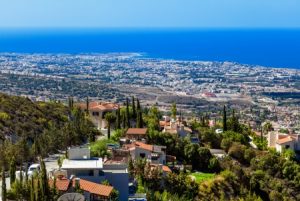 Candidates from the Middle East and North Africa have been lining up to take advantage of the programs, which offer European Union access as a major benefit.

The program is helping the country’s property market to recover following major economic issues in the last 10 years.

The Cypriot government moved to reduce the investment threshold for Cyprus citizenship to €2 million from €2.5 million in September 2016. When the program was first introduced, the threshold was €5 million.

Purchase, creation, or participation in Cypriot businesses or companies: €2m

Combination of the five three investment options (may include purchase of special government bonds worth €500,000): €2m

A further change means parents of the primary applicant can now be included if a further €500,000 is invested in a private residence.

If the citizenship option is too expensive, candidates can also consider a Cyprus residency option, for which the threshold is €300,000.

Developers including Aristo Developers, which has 250 projects within Cyprus, have seen a spike in interest since the threshold change.

A huge Ayia Napa Marina project is also being funded in part by the investment immigration programs.

The country’s prime location between Europe and the Middle East make it an extremely popular option for wealthy Arabs looking for a second citizenship.

The volatility of the Middle East region means there is plenty of interest in having a backup option should problems arise.

Candidates must have a clean criminal record and must hold a residence permit in Cyprus prior to filing their application.

Cyprus recently began looking to Thailand as it aims to attract new customers for its permanent residency and citizenship-by-investment programs.

Officials from the Mediterranean island have been engaging with their Thai counterparts in an attempt to boost relations between the two countries.

Cyprus is attractive to Thailand because of its status as a European Union member. It is also one of few EU member states to offer a citizenship-by-investment option.

Wealthy Lebanese nationals have also become key customers of the Cyprus investment immigration programs as they seek a safe haven from potential future conflict in their country.

With Cyprus still in full recovery mode following the acute financial troubles of the 2008 economic crash, investment from Lebanese – and other Middle East nations – is most welcome.