Antigua & Barbuda has seen a dramatic 95 per cent decline in the most popular stream of its citizenship-by-investment program after Canada withdrew visa-free access to passport holders in June 2017. 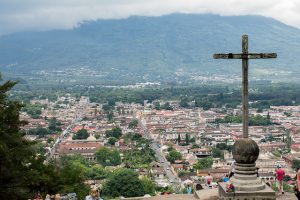 The Caribbean island will cut the investment threshold for its National Development Fund (NDF) in half – from $200,000 to $100,000 – to try and stimulate interest from high net worth candidates.
A representative of the country’s Citizenship by Investment Unit (CIU) told the country’s Daily Observer newspaper that access to Canada was previously ‘the country’s most compelling advantage’. Without that access, the Antigua citizenship program is left to compete entirely based on investment threshold.
Opposition lawmakers say slashing the threshold will result in the destruction of the program.

Antigua & Barbuda initially reacted to Canada’s decision by cutting the fee for its program to $25,000 from $50,000 for a family of four.
However, this clearly did not have the required effect.
Ottawa announced on Monday, June 26, 2017 that all citizens of the Caribbean nation would require a visa as of 5.30am on Tuesday, June 27, 2017.
“After carefully monitoring the integrity of Antigua & Barbuda’s travel documents, the government of Canada has determined that Antigua & Barbuda no longer meets Canada’s criteria for a visa exemption,” a Canadian government statement said.
The statement added that Canada needed to protect “the integrity of our immigration system and ensuring the safety of Canadians”.
The move was likely linked to concerns over the integrity of the Antigua and Barbuda Investor Citizenship Program.
The program is one of the cheapest in the region, and effectively meant people could buy their way to visa-free travel into Canada.

Politicians in Antigua & Barbuda called for a complete overhaul of the program following Canada’s move to impose a visa restriction.
The leader of the Caribbean country’s Democratic National Alliance (DNA) says Canada’s decision was a direct result of outside suspicions on how the CIP is operated.
Historically the programs have been viewed as a way for people to hide money, but many of the countries in the region have taken steps to clean up their acts.
DNA leader Joanne Massiah says Antigua & Barbuda is sacrificing the reputation of the country to try and get as much investment as it can from the CIP.

Canada made a similar move to impose a visa restriction on travellers from St. Kitts & Nevis in 2014.
According to sources, authorities had evidence of people linked to terrorist organizations and criminal gangs buying St. Kitts passports to enter Canada without immigration screening.
Since then, St. Kitts has overhauled its investor residence program, although Canada is yet to lift the visa requirement.