Brexit and a general decline in living standards have contributed to a steady rise in demand for second passports among British citizens. While many prefer a second passport from an EU nation in a bid to bypass the inevitable post-Brexit travel restrictions, wealthy citizens have long patronized investment immigration programs offered by countries from all over the world. 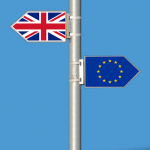 Often dismissed as a luxury fad, demand for obtaining a second passport through investment has been consistently gaining over the years. Better travel privileges, the right to reside in some of the most picturesque destinations in the world, better social and political security – especially for those from troubled Middle-Eastern countries – and a liberal tax regime are some reasons why investment immigration continues to remain popular.

According to the Resolution Foundation think tank, which has tracked the performance of the UK economy over six decades, the current fall in living standards is unprecedented. This means immigration through investment is more than just a status symbol for citizens of the UK. With the drastic fall in standards of living likely to accentuate due to growing isolation post the exit from EU, a second passport serves as a useful backup option for many.

Caribbean nations and countries in other parts of the world including the EU are flush with funds received from wealthy citizenship by investment applicants, which enables them to offer better standards of living to their citizens.

A significant benefit of having a second passport is that UK citizens can continue enjoying free access to the EU irrespective of relations with the Union. Other benefits include the option of passing on the citizenship status to future generations and a liberal tax regime. The latter is often relied upon as a justification for the high investment requirements imposed by such programs.

Dominica offers one of the cheapest programs in the world with a minimum investment requirement of just $100,000. However, Bulgaria’s program is 500 per cent costlier as compared to Dominica, while developed European nations like Austria or Cyprus require an initial investment running into millions of euros.

An important requirement to take advantage of investment immigration is to choose countries that permit dual citizenship. New Zealand has a residence by investment program and issues passports to foreign residents subject to certain conditions like physical stay for five years or more, intent to continue residing in the country, language proficiency, and good conduct.

Belgium and Portugal offer naturalized citizenship with a physical presence requirement of five to nine years. The latter is an attractive option since it is in the EU and has an excellent Golden Visa program.

Although technically offering investment immigration, Austria places onerous conditions and requirements for the applicant to qualify for the second passport. Requirements include minimum investment of up to 3 million euros in an existing or new commercial enterprise headquartered in Austria, profitability and job creation requirements, and relinquishment of the original passport. The last condition means the Austrian program can be used to exchange one passport for another instead of holding two passports at the same time.

Lastly, there are countries like Thailand, India, Netherlands, and Azerbaijan where holding dual citizenship and a second passport are forbidden. Thailand and India have programs offering long-term residence against investment, the restriction on a second passport renders them unattractive for those seeking the coveted second passport.