Is Australia’s Significant Investor Visa About To See A Revival?

When Australia introduced the Significant Investor Visa as a part of its Business Innovation and Investment program in 2012, Chinese investors embraced it wholeheartedly.
The hefty price tag of $5 million was offset by a chance to secure permanent residence with the option of eventually applying for Australian citizenship. 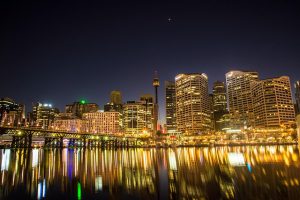 Introduced to help attract high-net-worth immigrants into the country, the program received 1,393 applications from Chinese investors at its peak in 2014 to 2015, amounting to total potential investment close to $7 billion. This represented a significant surge compared to the 285 applications received from Chinese nationals in 2012 and 2013.
The Significant Investor Visa was popular primarily because of its simple investment options – equity contribution into an Australian company, purchase of government bonds, or investment in a managed fund.
However, it became clear that the 2014 surge was less due to the popularity of the Significant Investor Visa and more a result of conservative Chinese investors submitting applications before changes to the investment immigration program came into effect from July 2015.

Post-July 2015, the revamped Significant Investor Visa required investors to eschew direct investment in private companies. Instead, it mandated passive investments in a managed fund with a minimum 10 per cent investment in venture capital funds. The latter requirement, in particular, limited Chinese interest as investors were not prepared to undertake risky investments.
The numbers tell the story as the total number of applications from Chinese investors fell by a staggering 87 per cent to just 180 applications in 2015 and 16. The next year saw slightly better numbers with 370 applications, although nowhere near the highs seen before the revamped program was introduced.
The drastic fall in applications from Chinese investors was not entirely unexpected. During consultations that preceded the changes, the federal government had been repeatedly warned by industry watchers that the revamped program would be more suited to sophisticated investors from more developed and mature financial markets like Singapore or Hong Kong than China.
Further, Chinese investors were sensitive to the political rhetoric surrounding their participation the Significant Investor Visa program. Chinese demand for the program was, wrongly as it turned out, attributed as a major reason for a surge in Sydney real estate prices.

While the prior program was preferable to majority of Chinese applicants, demand for the Significant Investor Visa did not dry up completely post the 2015 changes. Interest, even among Chinese applicants, is reviving as investors recognize the advantages and strengths of the new regime.
For starters, the new framework has put an end to the routing of funds invested by Significant Investor Visa candidates back to them through a loan back arrangement. This had resulted in investments made being financed by Australian money, which hit the foundation of the investment immigration program.
Immigration experts acknowledge that the drastic fall in demand may be attributable to the exit of these fraudulent investors who were manipulating the program.
Despite the bad numbers, the new program may actually spell good news for genuine applicants who now enjoy much better protection for their investments. Private equity investment firms have begun offering structured products designed to be compliant with the new requirements.

These firms and agencies offer conservative investors the option of putting their funds into private equity rather than conventional venture capital asset classes. This helps them mitigate risk without falling foul of the 10 per cent venture capital fund investment requirement.
The arrangement allows investors to put their funds through the traditional private equity structure that focuses on profitability as the key parameter, even when investing in new companies offering disruptive products and services based on new and innovative technologies.
Fund managers believe revival of interest in the Australian Significant Investor Visa is just a matter of time as investors, including those from China, explore funds that allow them to comply with venture capital funding requirements without putting their capital at high risk.
Applicants can now qualify for Australian PR and simultaneously earn attractive returns – likely to be much higher than other asset classes like real estate, government bonds, or listed companies. This may push demand for the Significant Investor Visa higher than investment immigration programs offered by other countries.
General Information:Contact usto receive more information about this article.
Interested Investors:Kindly complete the following formand we will contact you to discuss your global residency and citizenship investment options.
Further reading