The draw saw 27 candidates issued with Invitations to Apply for Nova Scotia immigration, with the lowest-ranked candidate scoring 91 points. 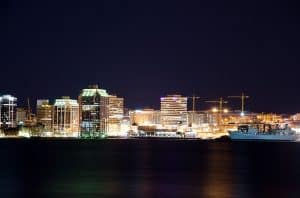 The previous draw, on December 19, 2017, also saw 27 Invitations to Apply issued and the same score of 91 for the lowest-ranked candidate.

Historically, the highest number of invitations from a monthly draw is 36, while the lowest minimum score is 90.

The Nova Scotia Entrepreneur stream targets candidates with business ownership or senior management experience. They must live in Nova Scotia, either start a new business or buy an existing business, and actively participate in the day-to-day management of that business.

Under the Entrepreneur stream, candidates are first issued a temporary work permit before applying for permanent residence after operating the business for a year. The stream uses an Expression of Interest format, where candidates in a pool are invited to apply.

Nova Scotia is among the several Canadian provinces that has moved away from a direct path to Canada for wealthy immigrants and turned to a two-step immigration program aimed at entrepreneurs looking to establish businesses and be granted Canadian permanent residence.

The latest province to switch to the two-step format was Manitoba, following the introduction of a new Business Investor Stream which began operation at the start of 2018. The new stream replaced the one-step MPNP-Business stream, which required a deposit refundable once the candidate’s business was satisfactorily established.