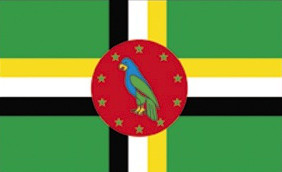 The Dominican government intends to fund its capital budget for the next fiscal year using funds from the country’s citizenship-by-investment program.

The program raised 279.9 East Caribbean dollars in the country’s last fiscal year to June 30, which amounts to CAD$133.72.

Dominica’s president and prime minster say this shows exactly how important the program has become to the Caribbean country’s economy.

Now they want the country to rally around the controversial program, which awards Dominican citizenship to individual investors for just $100,000.

President Charles Savarin said: “The CIP … should be presented to the world as a national effort, and not as a party’s initiative mired in political controversy.

“Let us, therefore, try to understand what that program is, how it operates, the benefits to the economy, and to the opportunity of eradicating poverty that it presents.

“If there is need for refinement, let us, as a people, and as a parliament, agree on such improvements that could be made to improve the program as time progresses”.

All, including the redevelopment of the island’s major airport, were funded by the CIP.

Skerrit argued Dominicans had been misled about the nature of the CIP and its importance to the island, with opportunities for foreign investment difficult to come by.

Without the CIP, Skerrit said, taxes would have had to rise significantly.

“The USA, the world’s largest economy, has its own program. The UK, Malta, Cyprus and many other countries have programs of their own.”

The programs in the US and the UK actually offer permanent residence in return for investment, although there is a pathway to citizenship years down the line.

Skerrit talked up the integrity of the program, saying that plans to increase the investment threshold had been put to one side for the time being.

He said the government intended to use CIP funds to take pressure of taxes and limit the national debt.