Canada has the lowest business tax rates in the world, according to international accountancy firm KPMG. 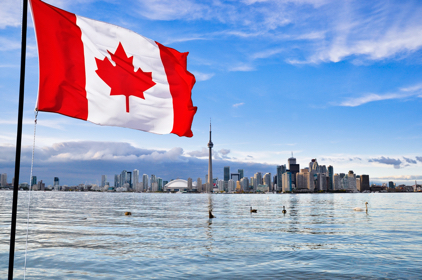 The country came out on top across all sectors, from digital services and manufacturing to corporate services and research and development, in a new study titled ‘Competitive Alternatives 2016: Focus on Tax’.

Total tax costs in Canada are approaching 50 per cent lower than the USA, which was used as the benchmark country for the report. The UK came in second and the Netherlands third.

Canada also dominated the major city section of the report (those with a population greater than two million), with Toronto (1st), Vancouver (2nd) and Montreal (4th) all in the top four. Manchester in the UK took third place.

Low tax rates for corporate, goods and services and sales were cited as the reasons for Canada’s ranking. Business rates are not to be confused with personal tax rates, which remain high.

The benchmark US rate is record as 100, with Canada down at 52.4 as per the KPMG scoring system.

Experts say Canada’s competitiveness comes down to quiet changes made by the former Conservative government in order to attract foreign investment.

Instead of sweeping tax reforms, the corporate tax cuts have been made gradually and stealthily.

Regardless of size, 17 Canadian cities were part of the report, and every single one of them beat all of the American cities that figured. Top of the pile was St John’s in Newfoundland, with a score as low as 36.4.

The study says: “The introduction of a new tax credit in 2015 for digital media activities in Newfoundland & Labrador boosted the city’s placement.”

A similar digital media tax credit was the reason for Toronto’s first place among the big cities, while a similar policy in Vancouver, plus a research and development credit, also saw the West Coast giant score well.

The low scores make it more attractive for the multinational giants to do business here.

However, experts say tax is just one factor in many when companies are deciding where to do business. Such factors as labour and energy costs mean Canada often faces a fight to attract foreign investment.