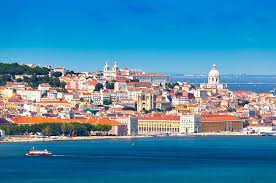 Currently, the Spanish Golden Visa program is subject to the following rules:

The Spanish program does not impose any minimum residence requirements on applicants or their family members. Further, applicants are not required to obtain tax-residence status in the country. All Golden Visa holders, including family members, enjoy the right of unlimited and unrestricted travel through the Schengen Area.

The changes being considered by Spanish authorities include allowing visa holders to work in Spain, inclusion of common-law partners and dependents within the definition of family members, longer validity period of the Golden Visa, issue of a six-month residence permit upon payment of the deposit for the property in Spain, and allowing applicants to apply in Spain along with the option of applying in the country of origin.

While it is unclear whether the government is considering a reduction in the minimum investment requirement, such a move will help the Spanish program compete with Portugal’s investment immigration program, which offers long-term residence against minimum property investment of EUR 350,000. Such a reduction will also provide a much-needed boost to the real estate market in Spain.

Portugal’s Golden Visa program is very popular amongst applicants from China with 1957 Golden Visas issued to Chinese nationals. Citizens of Brazil, Russia, South Africa, and Lebanon have obtained 87, 79, 60, and 36 Golden Visas respectively. On the other hand, Spain’s program has not witnessed significant demand from global investors.

Apart from Portugal, Spain is also competing for funds and investor interest with countries like Cyprus that offer the dual option of temporary residence visas as well as citizenship by investment programs. Three-year Cypriot residence is available for those who invest EUR 300,000 in the country. Citizenship is available for investors contributing at least EUR 10 million in permissible asset classes.

Greece, facing its own economic troubles, has introduced its Golden Visa program in July 2013. A five-year residence permit is available to those investing at least EUR 250,000 in the Greek real estate market. Other qualifying asset classes include strategic investments and establishment or purchase of a business that employs at least ten persons in the country.

Greece opened its version of the Golden Visa in July 2013. An investment of â250,000 Euros in Greek property should secure a five year resident visa. Greece also issues visas to those who make ‘strategic investments’ and/or create or buy a business that employs at least ten people. Successful applicants will qualify for a 5-year temporary resident visa.