Singapore as an International Education Hub

Increasing education costs and fewer employment opportunities has taken the sheen of Singapore as a prominent educational destination. There is a growing fear that Singapore may no longer be a preferred destination for foreign students.

Figures from Immigration and Checkpoints Authority for July, 2014 indicate that there were 75,000 student pass holders studying in private and public secondary schools, polytechnic institutions, and universities, 9,000 fewer as compared to 2012 data. 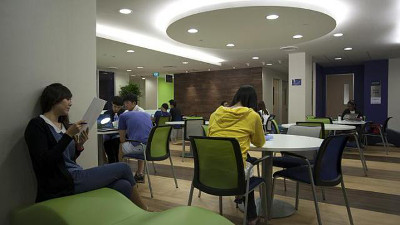 Educational consultants indicate that the high cost of education in Singapore was not a deterrent for foreign students due to the fact that a degree from Singapore made it easy for students to get employed after graduation. This significant advantage, which was an important factor for students, is no longer available.

Further, costs have risen higher, even by Singaporean standards, due to the strong currency. A recent HSBC survey ranked Singapore as the second-most expensive educational destination for foreign students amongst a total of 15 destinations. The Survey indicated that Singapore lagged behind the most expensive destination—Australia—by less than US$3,000. A foreign student spends around $42,093 in Australia while Singapore ranks second with average cost of $39,229. The USA and Britain were ranked third and fourth with average cost of around US$36,565 and US $35,050 respectively

The cost of a year in the Business School of Singapore’s National University has risen by 9% as compared to 2012 costs. The student must be prepared to pay $31,200 for the year’s education. On the other hand, a Singaporean student pays just $9,250. Apart from high tuition fees, high rent constitutes another significant expense for foreign students in Singapore. Rent for properties located near education institutions have increased sharply. Further, prices of property surged post the 2008 financial crisis that hit the global economy.

Another factor that may be having an impact is the admission test that foreign students are required to clear. Admission to mainstream schools is possible only if the foreign student clears and English and Maths test. Not clearing the test leaves the student with no alternative but to join an international school, which is a lot more expensive as compared to mainstream institutions.

The fall in admission numbers clearly shows that students end up choosing an alternate educational destination instead of choosing the high-cost option in Singapore.