Malta`s citizenship-by-investment program has raised €200 million and given 202 passports to principle applicants since it opened in 2014. 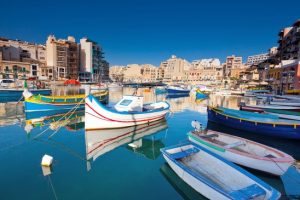 Despite criticism of the program, Maltese government officials say they use strict due diligence and have turned down 25 per cent of applicants received since it began.

The 202 principle applicants have brought with them 503 dependents.

The government has capped the program with a fundraising target of €1 billion, which would mean a total of 1,800 passports granted to investors.

After approval, the applicant must

Clearly, it is far away from reaching this figure, but the money raised so far represents a solid start.

There have been conflicting reports regarding the impact on the program of the UK`s exit from the European Union.

Some felt British citizens could become key applicants if their passports no longer allowed them coveted free movement around the European bloc.

However, others felt the programs in Malta and other European states – including Cyprus and Portugal – would be hit by the departure of the UK. Many applicants for the citizenship and residence programs are attracted by the freedom to travel to the UK, which could disappear when `Brexit` finally happens.

There was a suggestion the heads of potential investors would be turned to the Caribbean, where several of the programs come with the right of free UK travel regardless of EU membership.

For its part, Malta now has funds worth €94 million and €40 million. The €200 million includes investments agreed, but yet to be paid.

Officials point out that the 700 or so new citizens are a small fraction of the 780,000 granted citizenship by EU countries in 2014 alone.

They also argue the Maltese program operates a multi-layered due diligence process designed to root out the criminal types sometimes attracted by such opportunities.