In a move welcomed by business groups but criticized by Opposition parties and labor unions, the Abbott government in Australia intends to ease requirements for the 457 visa program, which is required by all skilled foreign workers seeking to work in Australia. The Government is seeking to do away with aspects it describes as unnecessarily restrictive.

A recent report commissioned by the Government on the 457 visa program has put forth 22 recommendations covering a wide range of topics. The Immigration Minister has expressed his support for some of the recommended changes. 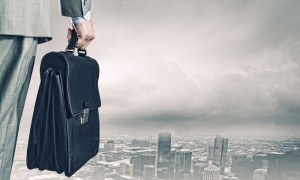 One recommendation focuses on the onerous English language requirements imposed on applicants under the 457 visa program. Currently, applicants are required to attain a score of five in each test—listening, reading, writing, and speaking. The report suggests a relaxed requirement where applicants will need to have an average score of not less than five after considering the combined score of all the four tests. The report also recommended that businesses be allowed to seek concessions and relaxations in the language requirements and that such requests may be assessed on a case by case basis.

The suggestions related to English language requirements found support from the Immigration Minister who described the language requirements as functioning as an industrial lock-out as opposed to a sincere attempt to ensure skilled immigrants have adequate and appropriate language skills. He opined that a shift to the ‘average score’ system will reduce costs and simplify the overall process.

Another recommendation that found favor with the Minister was related to the market salary rate norms. The market salary rate rule prescribes that immigrants holding a 457 visa should have the same salary and employment conditions enjoyed by Australian citizens who perform similar duties. This rule does not apply for positions with salaries in excess of $250,000 per year.

The Minister emphasized on the importance of simplifying compliance and reporting requirements for legitimate and credible sponsors without allowing individuals with dishonest and malicious intent from defrauding the system. Other facets of the program that may be simplified include the process of renewal of sponsorship, providing an extended time frame for reporting. The Immigration Minister clarified that the law will include conviction and heavy penalties for sponsors charging money from visa applicants for a migration outcome.

Reports have criticized labor market tests conducted by employers on grounds of lack of reliability and unsuitability of such tests to the Australian context. However, the move to abolish market tests is likely to prove to be a controversial move and is unlikely to enjoy the support of the existing Government. The Minister confirmed this by expressing that the Government would focus on uncontroversial recommendations that stand a better chance of being implemented.

The resource industry employer group AMMA reacted favorably to the relaxation of language and expressed its support for more practical and effective language standards. Regarding relaxed market salary rate norms, the Chief Executive of the group opined that salary comparison for those earning more than $180,000 per year was an unnecessary and onerous requirement on the employers.

However, the recommendations have been criticized by Opposition Parties for making it difficult for Australians to find jobs at a time when unemployment had already reached a 12-year high. The spokesperson for the Labor party pointed out that relaxing requirements related to language could have a detrimental effect on workplace safety and may place overseas workers at higher risk of being exploited.

Political parties and groups were vocal in opposing any move to abolish the requirement of looking for workers locally before hiring skilled foreign workers. Such a move, according to the deputy leader of the Greens, will lead to a flood of cheap overseas labor resulting in long-term damage to the skills base of the country.

The report, which was submitted by a four-member panel, had been commissioned by the Immigration Ministry and had engaged in consultations with 150 organizations representing employers, unions, and individuals. The report found support from industry bodies with

While some recommendations enjoy consensus amongst all stakeholders, other aspects like labor market tests continue to evoke strong reactions amongst those in favor of its continuation and those seeking a complete rollback of this rule.