Economists and analysts have long spoken about the connection between slow-paced US economic recovery and the steadily rising wealth gap in the country. Data from the Congressional Budget Office, the International Monetary Fund, and academic economists elucidate that a wide wealth gap causes more and more consumers to either curb cash outflow or rely on debt to meet their expenses. The former approach slows growth and affects pace of recovery while the latter magnifies the risk of recurring boom-bust cycles. 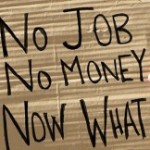 This view has received support from the rating agency Standard & Poor’s that is of the view that widening wealth gap has slowed the 5-year old economic recovery. Beth Ann Bovino, chief U.S. economist at S&P opined that economic disparities appear to be peaking and that this phenomenon has begun to hurt growth.

The concentration of income amongst the top 1 percent earners in the USA has led to the rating agency cutting growth estimates to 2.5 percent for the next decade as opposed to the 2.85 percent growth estimated five years ago.

Tax data reported by the World Top Incomes Database projects reveals that the top 1 percent earners in the USA had an average income of $1.3 million in 2012 while the top 0.01 percent enjoyed an average income of $30.8 million. The top 0.01 percent earners have enjoyed a seven-fold rise in income since 19.13 while the bottom 90 percent of Americans have enjoyed just a three-fold increase since 1917. Further, income for the latter category has actually declined for the past 13 years.

Referring to potential measures to remedy the situation in its report, S&P has warned against relying on higher taxes to close the gap. Heavy taxes, according to the report, tend to discourage employment and lead to higher emphasis on cost cutting by businesses.

Instead the report titled “How Increasing Inequality is Dampening U.S. Economic Growth, and Possible Ways to Change the Tide.” suggested policies to promote greater access to education. According to the agency, encouraging the average American worker to study an extra year in school will result in an extra $105 billion being added every year to the US economy, which is an addition of half a percentage point growth every year.

However, this view does not find unanimous support amongst economists and experts. Greg Mankiw, economist at Harvard University, stated in a 2013 paper that increase in wealth in America is the result of substantial economic contributions to the economy. Rejecting the view that a rising tide will lift all boats automatically, the agency pointed out that a sparsely occupied lifeboat surrounded by many treading the water risks being capsized instead.