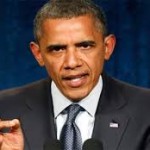 Growing concern about frequent usage of a tax loophole being used by US companies to avoid paying federal taxes led to Sen.Ron Wyden, head of the US Senate Finance Committee, call for immediate remedial action.

Companies are resorting to inversion deals, which involves the setting up or purchase of a small company in a low-tax foreign country to facilitate shifting of the tax home base to a country that charges lower taxes as compared to the USA. Corporations retain major operations in the USA but avoid taxes by simply opening a small office in a country like England or Ireland.

Apart from putting paying less tax, corporations can ensure their foreign earnings do not come under the jurisdiction of the Internal Revenue Service. The MNC will also enjoy other tax saving options that are unavailable for US companies.

President Obama’s 2015 budget proposals include an increase in the minimum foreign ownership requirements for such inversion deals while Democrats too have made such a proposal in the Congress.

However, Republicans are reluctant to support piece-meal legislation and prefer the loophole regarding inversions to be tackled as a part of a comprehensive tax reform legislation.