Two-step immigration programs aimed at entrepreneurs looking to establish businesses and be granted Canadian permanent residence are being implemented by many of Canada’s provinces. 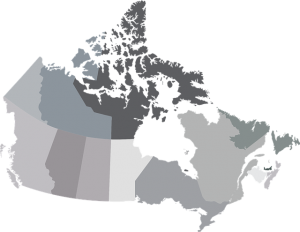 The latest province to switch to the two-step format is Manitoba, following the introduction of a new Business Investor Stream which will begin operation at the start of 2018. The new stream replaces the one-step MPNP-Business stream, which required a deposit refundable once the candidate’s business was satisfactorily established.

Under the one-step format, provinces were finding the programs exploited by candidates with little intention of establishing a business and willing to forfeit the deposit and take a shortcut to permanent residence.

Once permanent residence is issued, Canada’s Charter makes it difficult to enforce cases where applicants have failed to establish businesses and choose to live in other provinces. Freedom of mobility is a central right of a Canadian permanent resident.

Prince Edward Island’s 100% Ownership Stream came under the spotlight recently after it was revealed the province had withheld $18 million from entrepreneurs who had failed to meet the admission requirements and starting a business.

Some 177 candidates had up to $150,000 withheld under the terms of the agreement signed with the province. The vast majority of those P.E.I. immigration candidates failed to open a business, despite it being the central requirement of the stream.

The belief is those candidates had no intention of operating a business, but were happy to hand over their $150,000 deposit in exchange for Canadian permanent residence.

For the business portion to be refunded, candidates must meet requirements including investing $150,000 in a local business that incurs minimum $75,000 operating expenses in the first year. The business must also be managed from on the island.

For the $50,000 residency portion to be refunded, candidates must live on the island for 12 consecutive months.

P.E.I.’s Business Impact Category, which includes the 100% Ownership Stream, will move to an Expression of Interest system from 2018. However, there is no indication the core terms of the stream will change except that a deposit will no longer be required.

While the New Brunswick Entrepreneurial Stream has escaped the scrutiny the P.E.I. stream has come under, its terms appear similarly open to exploitation.

In fact, the New Brunswick stream requires a deposit of only $100,000, refundable after three years provided the terms of a Business Performance Agreement have been met.

Establishing whether a business plan is genuine can be a difficult undertaking for provincial officials. Despite signing a business agreement, once permanent residence is issued, provinces would face a long legal battle to see it rescinded by Ottawa. The only real power is to withhold the deposit, which is not meaningful when candidates are already prepared to lose the amount.

Retention rates under such programs are believed to be low, with candidates looking to move to Canada’s major metropolitan areas such as Toronto, Vancouver and Montreal once their permanent residence is secured.

Similarly, low retention rates are seen in the Quebec QIIP, which is different only because it is set up as a passive investment program from the outset. Candidates with a net worth of $1.6 million are asked to invest $800,000 in a government guaranteed bond for five years. They must declare their intent to reside in Quebec, but this is difficult to enforce once permanent residence has been activated.

The policy of choice for the other provinces is becoming clear: devise a much smaller program and require candidates to show evidence they have launched an active business which meets program objectives, before inviting them to apply for permanent residence.

This replaces the need to demand deposits and other enforcement conditions and should significantly raise retention rates, thus meeting the objective of such immigration programs.

Under the Entrepreneur Pathway of the new Manitoba Business Impact Stream, candidates with a net worth of $500,000 must invest either $250,000 or $150,000 depending where their business is located.

Candidates are initially issued with a temporary work permit. They are nominated for permanent residence after establishing a business meeting the conditions of a Business Performance Agreement.

In both B.C. and Ontario, candidates are given 20 months to implement a business plan outlined in a similar Performance Agreement. Nomination only comes once the terms of that agreement have been met.

With controversy likely to continue to surround the provinces who still run one-step programs, the pressure will grow for them to move to two-step programs, as so many of the others have done.

The exception remains Quebec, which maintains complete control over its immigration policies as a result of the 1991 Canada-Quebec Accord.   While Ottawa has previously confirmed it does not plan on challenging Quebec over its retention rates, efforts have been made by the Quebec government, through approved financial intermediaries, to ensure applicants have reasonable ties to the province.