Attracted by good returns on investment and other social and educational benefits, there has been a steady increase in inflow of Chinese immigrants into countries like South Africa, Portugal, and Spain. South Africa attracts tens of thousands of Chinese investors and this figure has been steadily rising in recent years.

Experts and consultants point out that, unlike China, South Africa and countries in the Iberian Peninsula have relatively small presence of global chains in domestic markets. The consequent lack of intense competition in these countries enables Chinese investors to generate good returns on their investments. 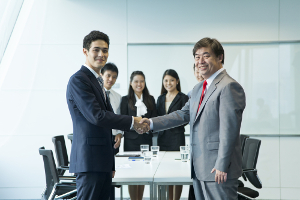 South Africa offers a five-year residence permit in exchange of minimum investment of two million Rand. Hit hard by the economic recession, Portugal introduced a Golden Visa scheme in 2012 followed by Portugal in 2013. Investors can get a five-year residence permit in Portugal by investing at least €500,000 in real estate in the country. Spain offers residence in lieu of investment in Government bonds, new or existing businesses, Spanish companies, or deposit of the mandatory investment in Spanish banks.

These countries have witnessed significant demand from China with data released by the Portuguese government indicating that 712 out of the 894 residency applications approved between Oct 2012 and May 2014 were issued to Chinese citizens and their families.

Combination of numerous factors ranging from affordable investment requirements costing less than 4.5 million yuan, quality of Europe’s education system, and desire of China’s middle class and wealthy citizens to have a backup option has boosted Chinese demand for investment immigration.

However, there are fears and concerns that corrupt Chinese officials have utilized these programs and schemes to escape government action. A recent ultimate by the Chinese government urged those guilty of economic crimes to surrender before Dec 1, 2014 and assured lenient treatment for such persons. More than 18,000 corrupt government officials from China have abandoned their posts and opted for immigration to avoid China’s anti-corruption campaign.

However, leading economists are of the opinion that a few instances of adverse action against immigrant investors is unlikely to affect the property market in the Iberian Peninsula owing to the fact that the these markets continue to suffer from the after effects of the global recession.