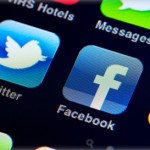 The general perception is that social media is popular amongst youngsters and this seems to be true for millionaires as well. Amongst millionaires below the age of 35 years, Facebook usage jumps to 81% while Linkedin and Twitter found favor amongst 65% and 32% of the respondents.

Amongst millionaires above 65, Facebook was popular with roughly half the respondents using this social media site on a regular basis. Linkedin was preferred by 32% of aged millionaires while just 5% favored Twitter.

Absence of any real value was the primary reason for the 53% millionaires who are not using any social media service. Half of those not using social media opined that these sites were just a waste of time and posed risks to their privacy.

Profession wise, business owners were most active on social media while Linkedin and YouTube was the preferred choice for senior corporate executives.

A third of millionaire Twitter users followed news commentators and athletes while a mere 12% followed financial or investment commentators. This data clearly shows that wealth managers are yet to embrace social media and that there is a big opportunity waiting for those who can make smart use of social media to connect with millionaire clients on the Internet.