Applications to the Farm Management stream of the Self-Employed Program have been stopped by Canada’s immigration authorities.

The stream issued permanent residence to candidates wanting to buy and manage a farm in Canada who had prior experience totalling two one-year stints in agriculture management. 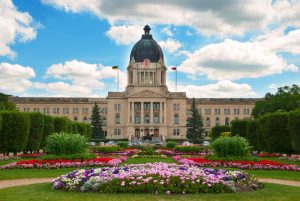 Visa officers report that only a handful of quality farm management applications have been submitted in recent years. The majority are submitted to the New Delhi visa office, although there is a significant inventory in other locations.

Applications received have generally come from small-scale farmers who lack the experience to manage a large-scale mechanized farm. Applications are driven by mostly unlicensed immigration consultants primarily from India who offer boiler plate ready-made business proposals which look good on paper but do not hold up in interviews. The majority of farm management cases require an interview, which is resource-intensive.

The Self-Employed Program also features streams for candidates involved in cultural activities or athletics at a high level. Visa officers consider these streams useful pathways to permanent residence for people who can make a significant contribution to Canadian society but may not be able to qualify under other immigration programs.

Ottawa is encouraged to review and reform the Self-Employed Program to ensure it is aligned with federal government immigration objectives.

The Quebec immigration authority operates its own version of the Self-Employed Program under a very limited quota which fills quickly.