Portugal’s permanent residence-by-investment program is seeing unparalleled interest after attracting investment of more than €570 million between January and the end of July 2016. 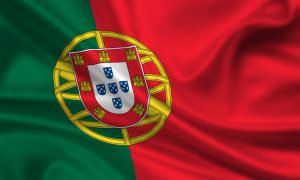 The amount represents a staggering 132 per cent increase on the same period of 2015, although the so-called ‘golden visa’ program faced some issues which saw numbers drop during that period.

Since a relaunch with new investment streams, the program is now seeing significant success and generating serious investment funds.

Figures from the Portugal immigration office show a total of 3,715 permits have been issued since the program went live in October 2012. In July 2016, some 106 permanent residence visas were issued, showing the ongoing popularity of the program.

The vast majority of the visas issued have been for property. In July, 104 out of the 106 visa issued were for real estate investments.

Changes implemented in September 2015 have rejuvenated the program.

These latest figures go against fears candidates for investment immigration programs could start turning their attention away from European countries like Portugal and towards the Caribbean, because of the UK’s exit from the European Union.

The Savills report uses data up until 2015, pointing out that €1.56 billion of investment could be traced back to the 2,697 golden visas awarded under the program. The vast majority of those visas have gone to Chinese investors, accounting for 83 per cent of real estate acquisitions.