Chinese investors have driven the overwhelming success of Portugal’s investment immigration program, with €1.91 billion ($2.19b) invested over the three-and-a-half years since it was introduced. 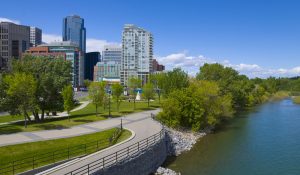 Recent figures show the Golden Residence Investor Program is only gathering pace, with March alone attracting investment of €103.6 million, bringing the total to €231.5 million for the first quarter, according to the Portuguese immigration department.

More than 3,000 visas have been granted via the program, with 2,457 going to Chinese investors.

The program features a number of ways by which investors can obtain a Portuguese visa, but property investment is the overwhelmingly popular stream, attracting 2,991 successful applicants.

Once the one-year visa has been granted, applicants can apply for two-year extensions, become a permanent resident of the country in five years, and be granted citizenship in six, provided the conditions of the program are met.

Other key benefits include visa-free travel to the European Union’s Schengen zone of countries.

Its success is in contrast to similar programs in Canada and Australia, where unrealistic stipulations have seen only a handful of applications and even fewer visas issued.