The Portugal Golden Visa has seen a surge in popularity at the start of 2018, as one of the world’s most popular investment immigration program continues its success.

The program, credited with a significant contribution to the EU nation’s economic turnaround, saw a month-on-month investment increase of 226 per cent in January 2018. 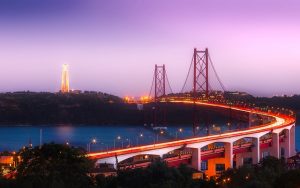 Chinese candidates drive the success of the program, which includes EU residences as a key benefit.

A breakdown of distribution of investment across the different asset classes available under the investment immigration program shows that real estate purchases are preferred by wealthy foreign investors.

With the real estate market yet to fully recover from the slump caused by the recent economic crisis, it is attractive for investors prepared to take a calculated risk. That buying a home makes it easier for the investor to remain in Portugal is an added advantage.

A total of 164 visas were issued in January 2018 out of which 154 were against real estate investments. Nine visas were issued to those investing in commercial enterprises, while one visa was issued to an investor who contributed to the creation of at least ten jobs in the country.

Cumulative data calculated since the time the Golden Visa was introduced in October 2012 shows that the country has received a total foreign investment of €3.51 billion.

Russia was once ranked second after China but has been overtaken by Brazil and South Africa, showing the appetite for investment programs in different countries.

Turkey is a new addition to the list, an indication of the desire of elite Turkish nationals to secure protection from political instability.

The program requires physical presence for just seven days per year and offers the opportunity of applying for Portuguese, and consequently EU, citizenship after six years of permanent residence.