The Portugal immigration department has reported a staggering €1.9 billion investment from Chinese candidates for its Golden Visa scheme. 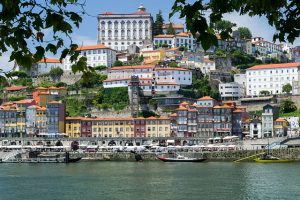 The European country’s Foreigners and Borders Service has reported the program is dominated by Chinese candidates, accounting for two thirds of the money invested and the overwhelming majority of the visas awarded.

A total of €3 billion has been pumped into the Portugal economy since 2012, including € in real estate and €305.6 million in capital transfers.

The investment thresholds were recently changed under the Portugal Golden Visa program.

Under the new rules, investment requirements in Portuguese companies will range from €200,000 to €350,000, while the threshold for real estate requirement will rise to €500,000.

The move is an indication the country wants to divert some of its investment income away from real estate and into Portuguese companies.

The plan has been given the green light by the cabinet, and will now be sent to parliament for formal approval.

Constança Urbano de Sousa, Portugal’s internal administration minister said that if the threshold remained the same, real estate investment was significantly more attractive. By adjusting the thresholds as indicated, some of the investment euros will be pumped into businesses.

“These companies are the drivers of the Portuguese economy,” De Sousa said.

Real Estate
Purchase of unencumbered real estate in Portugal of a minimum value of €350,000. Co-ownership or purchase of property through finance is permissible provided each individual makes a mandatory minimum investment of €500,000.

Although property investment is not the only investment stream, it is by far the most popular, as investors look to use Portuguese residency as an access window to the European Union.