Ottawa Can Stop Quebec Immigrant Investors Moving to Vancouver and Toronto: Here is How

Vancouver and Toronto are receiving thousands of wealthy candidates who arrive in Canada via the Quebec Immigrant Investor Program (QIIP). 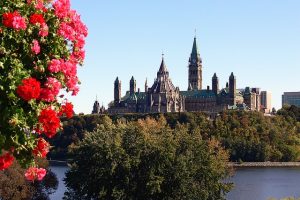 These high net worth individuals are using the QIIP as a back door to Canada’s two most popular cities, and are being blamed for driving up the housing markets in both major metropolitan areas.

Both have introduced foreign buyer taxes to combat the out of control housing prices – Vancouver in particular is considered one of the fastest growing markets in the world.

But wealthy immigrants are still finding ways around the tax, meaning that while the measures have worked to a certain extent, their impact is limited.

Under the QIIP, candidates with a net worth of $1.6 million or more invest $800,000 in Quebec for five years. After the investment period, the money is returned without interest, which is where the Quebec economy benefits.

But Vancouver and Toronto argue that while the French-speaking province benefits from the investment dollars, British Columbia and Ontario must meet costs of providing health care, schooling and other publicly-funded services.

This is because freedom of movement is a central right of a permanent resident under the Canadian constitution. While QIIP applications must declare their intention to live in Quebec if they are successful, in reality there is nothing to stop them moving anywhere in Canada once PR status is secured.

Recent reports suggest nearly 50,000 out of 60,000 candidates who were living in Canada in 2016 having arrived via the QIIP were residents of Vancouver or Toronto.

Previously, the Canadian federal government had operated its own version of the QIIP with similar investment requirements, But, when that was closed in 2014, Quebec kept its program open, seeing an opportunity as the only passive investment option for achieving Canadian permanent residence.

Critics accuse Ottawa of disregarding that the vast majority of these individuals settle in British Columbia and Ontario, and deprive these provinces of federal immigrant settlement transfer payments which Quebec is unfairly receiving.

The critics would be better advised to aim their fire at the federal government to reclaim its role as a dominant player in the residence through investment industry as it has the policy basis and the market demand to do so.

Until 2014, the federal government gave entry-level millionaires a pathway to residency and ultimately, citizenship in Canada through its Canada Immigrant Investor Program (CIIP). The scheme operated largely on the interest income earned from investors’ funds.

The program benefits to Canada peaked during the 1990s, when interest rates were high. The program was terminated under much controversy in 2014 by the previous government which despite compelling favourable studies, claimed it provided no benefit to Canada.

It was replaced in February 2015 with an unpopular Immigrant Investors Venture Capital Pilot Program (IIVCP) which the former federal immigration minister publicly confirmed is practically non-existent due to the lack of interest from international investors.

As a consequence of this failed policy, Canada is losing out on attracting the world`s most successful business people and their families who otherwise would choose to settle here. British Columbia and to a lesser extent, Ontario is losing out on transfer payments being paid to Quebec for immigrant investors applying under its program which statistics show only 16% ultimately reside in the province.

The way out of this morass is clear. The Trudeau government should immediately get on with the task of re-designing the IIVCP. It just needs to create the right policies and a re-structured program that will succeed in attracting carefully chosen high net worth business people who will bring billions of dollars to Canadian businesses and create new businesses that will in turn create more jobs.

The benefits of the QIIP residency program to Quebec are undeniable. From 2001-2016, it gave $714 million to 4,737 businesses in 17 territories in the province. As well, a compelling 2010 study conducted by three economists in Ontario and Quebec concluded that an average investor directly injects more than $770,000 into the economy during a five-year investment period. The province recently opened its doors to 1900 new Quebec Immigrant Investor applicants for its 2017/2018 annual intake.

Additionally, a recent statistics Canada report Immigration, Business Ownership and Employment in Canada, the first of its kind, confirms that immigrants are more likely than Canadians to establish businesses.

Together with Quebec, Canada could again become a dominant player in the international residency through investment industry and perhaps match or surpass the popularity of the EB-5 program in the United States which admits 10,000 business immigrants annually.

If Canada is to return to the forefront of the business immigration field, it must replicate a modified format of the QIIP and other successful international programs by installing a well-devised, targeted model that creates a capital fund for Canadian businesses and attracts the right calibre of applicants on the basis of clear policy objectives featuring program integrity, international competitiveness, processing cost efficiency and fast processing.

The federal immigrant investors` venture capital program is dead but the need for high net worth business immigrants to Canada is not. The substantial financial benefits to Canada, a welcome advantage in the face of our current economic challenges with a policy agenda to attract foreign investment, could well be surpassed by the undeniable human capital benefits it would receive from the world’s most innovative and wealthiest business people and their families who would choose to live in Canada.