You are here:
World

Malta’s Citizenship by Investment Program (CIP) has raised quite a bit of controversy in the country, with the opposition Nationalist Party arguing that the program provides nationality to people who don’t have any link with the country. Consequently, the CIP has undergone several revisions and now the Maltese government is asserting that they grant citizenship only to those people who can prove they have genuine links to the country.

But critics have argued that the several thousands of tourists who visit Malta every year may actually have much stronger links to the country compared to the handful of millionaire investors who have attained Maltese citizenship through the CIP.

Industry specialists have further claimed that the proof of residence requirement under the citizenship program is not too stringent and an investor can meet the requirement by just spending a couple of weekends in Malta. 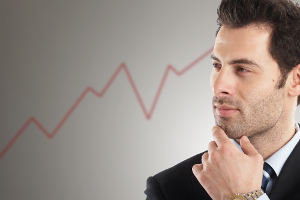 This is despite the fact that the CIP was approved by the European Commission only after several conditions were added to the initial program, one of which requires the applicants to be ‘effective residents’ of Malta for at least 12 months in order to qualify for citizenship. But the Maltese government has argued that 12 months’ effective residency does not imply a continuous stay of 365 days in Malta.

The agreement between Malta and European Commission was apparently that the applicants need to spend at least 183 days in a year in Malta to be ‘effective resident’ – a condition that corresponds to the usual international tax residency requirements. The Maltese government has not officially commented on this claim yet, though it denies that applicants only need to stay in Malta for a couple of weekends a year to qualify for citizenship under the CIP.

Critics of the program believe that such vague requirements make the scheme open to abuse. In some cases, easily obtainable functional address and yacht club memberships were found enough to meet the residency or wealth requirements of the citizenship scheme. In addition, properties can easily be rented to meet the residency requirement of the program. Under the CIP, an applicant is required to pay a minimum of 16, 000 Euros per year as rent to qualify.

Certain cases of address theft by investor applicants have also been reported recently, leading to more apprehension about the integrity of the CIP in Malta.