The 2016 edition of the Visa Restrictions Index that ranks countries according to the travel privileges enjoyed by citizens saw the UK fall from first rank, held since 2012, to the third spot.

Just 21 out of the 199 nations retained their previous year’s ranking in the Index. Despite the flux, visa-free travel seems to have improved as no nation fell by more than three places as compared to the 2015 rankings. 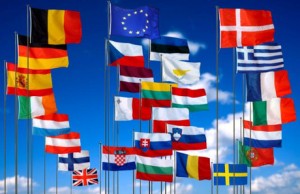 Germany was ranked at the top with its citizens enjoying visa-free travel to 177 nations. Sweden was next with 176 nations while the third spot was shared by the UK, Finland, Spain, Italy, and France at 175 countries.

In the Middle East and North African region, the UAE was ranked highest at the 38th spot. It was the first Arab nation to finalize a visa waiver agreement with the European Union. In 2016, UAE citizens gained visa-free travel access to 36 nations including 26 members of the Schengen Area. All GCC member nations were ranked higher in the 2016 Index as compared to the previous edition.

Visa-free travel is an important parameter for wealthy individuals comparing investment immigration programs. There has been a steady rise in the number of nations offering such programs. Not surprisingly, no nation offering such a program was placed lower than the 30th rank in the Index.

Portugal, which has a highly popular Golden Visa program, was ranked sixth with its passport-holders enjoying easy travel to 172 nations. Malta, which offers residence as well as citizenship by investment programs, was ranked 8th after two more nations finalized visa waiver agreements with the country.

Cyprus increased its tally from 157 in 2015 to 159 in 2016. The country offers a very popular economic citizenship program for affluent individuals from all over the world. Antigua and Barbuda, another nation offering fast-track citizenship in lieu of investment, is ranked 30th in the Index.

Convenience apart, the number of nations permitting visa-free travel is viewed as proof of the credibility and reputation of a country’s investment immigration program. A low ranking implies that the due diligence process is not trusted by other nations. On the other hand, a high position implies that other nations are ready to offer visa-free access to even those individuals obtaining fast-track citizenship through high-value investments.