With the current U.S. administration making it tougher for Indians, especially IT professionals, to work, and eventually apply for a coveted green card, the steady rise in demand for the EB-5 visa is expected to spike in the coming years. 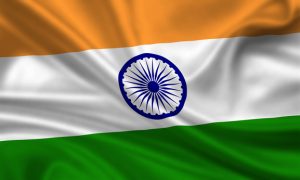 Currently behind China and Vietnam in the list of countries with the highest number of applications for the EB-5 visa, India is expected to overtake Vietnam and occupy second spot by the end of 2018.

H1-B is a non-immigrant visa, which means it is fundamentally a temporary work permit that requires the holder to eventually return to his/her native country.

Demand for IT professionals from India in the U.S. means that a large number of H1-B visa holders seek, after the expiry of the three-year original validity of the visa, another three-year extension, before filing a green card application.

This has converted what was intended as a short-term work permit into a route to a green card, which, given the current anti-immigration environment in the U.S., has come in for criticism.

The EB-5 visa helps Indians bypass the controversy. Further, it serves as an assured route to the U.S., rather than relying on the H1-B lottery.

The EB-5 visa also represents a direct route to permanent residence and frees the applicant from seeking employer sponsorship. Not only does this complicate the process of entrepreneurs seeking immigration to the U.S., it places Indians graduating from top American universities at a disadvantage when looking for jobs.

With a successful EB-5 application, a candidate can work, study, invest, and gain PR status in the U.S. in a span of six years with minimal risk.

An EB-5 application covers spouses and dependent children, meaning they automatically qualify for a green card and the resulting right to work and study without restriction.

Better than the L-1 Visa

The L-1 visa enables individuals in managerial positions to work in the U.S. through an intra-company transfer. This visa has a much shorter waiting period, but prohibits the immigrant from working for any company other than the firm that sponsored the L-1 visa.

This visa too exposes the immigrant to all the risks faced by H1-B applicants, including criticism that a short-term work permit is being used as a shortcut for permanent residence.

Growing Preference for the EB-5

Awareness about the US investment immigration program has grown exponentially among wealthy Indians.

Applications have risen by 400 per cent with three out of every four Indian applicant choosing to invest in real estate projects to qualify for the EB-5 visa. Other preferred asset classes for investment include restaurant franchises and the hospitality industry.

EB-5 demand comes from a wide spectrum of the Indian society ranging from wealthy parents gifting guaranteed US education to their children, to senior management employees, professionals, and entrepreneurs seeking better prospects in the U.S.

Other applicants include those already in the U.S., for study or for work, who wish to remain in the country and secure their status.

The EB-5 visa is popular despite the high minimum investment of $500,000. It represents a good value proposition for those who recognize the long-term advantages of holding an American green card.

Further, the prospect of a hike in the minimum investment requirement, unchanged since the program’s launch in 1990, when the much-delayed immigration overhaul goes through is encouraging Indians to quickly submit their applications.