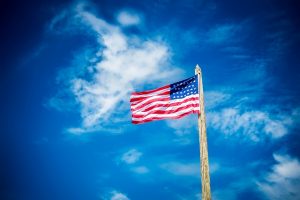 While Chinese candidates remain the major investors in the program, Indians are closing the gap with more than $120 million total investment and a growth rate of 140 per cent since 2014.

As President Donald Trump clamps down on the popular H-1B work visa, more candidates are choosing the investment route to achieve U.S. immigration.

There are also regular calls for the EB-5 program to be discontinued over concerns related to fraud and lengthy waiting lists. Trump is still to declare whether he supports the program, which requires job-creating investment in U.S. projects in return for permanent residence.

The uncertainty has resulted in more candidates applying to be part of the program, which has an annual cap of 10,000 visas. Individual countries are capped at seven per cent of the total, or 700 visas, a rule that has resulted in a years-long waiting list for Chinese candidates.

The program was recently granted the latest in a series of temporary extensions by Congress, this time until September 30, 2017.

A White House statement since the extension described the program as ‘in need of substantial repair’.

Talk of a major overhaul prior to the most recent extension of EB-5 proved to be posturing as none of the multiple proposals put forward gained any traction.

Some of the uncertainty about Trump’s stance on EB-5 was cleared up in a government statement published by the Washington Post recently.

This leaves a large pool of international investors seeking permanent admission to Canada to compete for a relatively small number of quota based openings under Canada’s provincial business immigration programs. Quebec dominates this area with its Quebec Immigrant Investor Program (QIIP). It plans to receive 1,900 new applications in 2017 and spots are filling quickly.

With baby boomers reaching retirement age in Canada, thousands of small and medium sized business owners within this large demographic, are looking to sell. With second-generation children often not an option to take over a family business, this creates the need for buyers. That buyer need not come from within Canada. Canadian businesses and their owners can readily consider the international investment market for viable transition strategies.