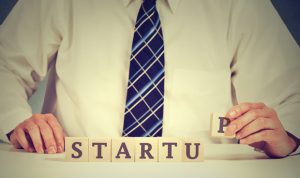 The key finding of a new study is that immigrants start a disproportionate number of new businesses, helping create jobs and feed the American economy.

The findings are presented in a paper titled ‘Immigrant Entrepreneurship’ by Sari and William Kerr, who studied data from between 1995 and 2008 with the aim of measuring the contribution of newcomers to the US economy.

For the purposes of the Kerr study, an entrepreneur is defined as ‘one of the top three initial earners in a new business’.

The conclusion rings true with a Canadian study released in March 2016 which provided key evidence that immigrants are far more likely to own businesses than their native counterparts.

‘Immigration, Business Ownership and Employment in Canada’ concludes that “rates of private business ownership and unincorporated self-employment are higher among immigrants than among the Canadian-born population.”

Both studies are important in challenging the popular view that immigrants take jobs from natives, and drain resources from the governments of the countries to which they move.

By starting new companies, immigrants could actually be creating jobs for native workers and boosting public coffers by paying their taxes.

Governments all over the world covet entrepreneurship as a key economic driver. Successful new businesses are the lifeblood of economies, and as a result most, if not all, tier one countries and a vast number of others have pathways to permanent residency and citizenship for entrepreneurs.

The Kerr study points out that “the rate of entrepreneurship has declined significantly in the US over the last 30 years, and fewer startups are being generated today.”

But the evidence shows that in the case of immigrants, the rate of entrepreneurship is actually increasing. 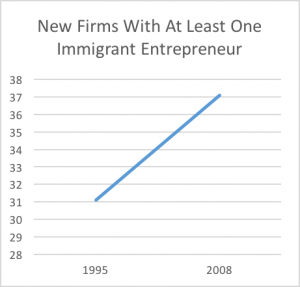 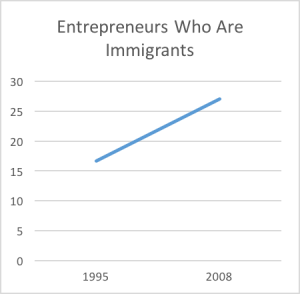 In 1995, less than 17 per cent of American entrepreneurs (using the above definition) were immigrants. In 2008 that proportion was more than 27 per cent. And while the proportion of new firms with at least one entrepreneur was almost as low as 31 per cent in 1995, it climbed to more than 37 per cent in 2008.

The Kerr study adds to gathering evidence about the contribution of immigrants to the receiving country.

A recent report by the US National Academies of Sciences, Engineering, and Medicine (NASEM) concluded that immigrants have little impact on wages and do not significantly affect employment of native-born workers.

A paper entitled ‘Educational and Labour Market Outcomes of Childhood Immigrants by Admission Class’ by Statistics Canada reveals the children of immigrants graduate high school at a rate of 91.6 per cent, against 88.8 per cent of children who are third generation or more.

When it comes to university, the gap increases, with 35.9 per cent of immigrant children graduating against 24.4 per cent from the established Canadian group.

Further figures show the percentage of immigrants in the working-age population has been steadily increasing for the last decade as the Canada-born proportion drops, illustrating the need to make up for the shortfall by bringing in foreign workers.

In 2006 less than 20 per cent of the workforce – those aged 15 and over – were from the landed immigrant population, while more than 78 per cent were born in Canada.

But fast forward 10 years and the latest data released by Statistics Canada shows an immigrant percentage just less than 24, while the Canada-born proportion has dropped almost as low as 74 per cent.