The Irish immigration office has reported a huge surge in applications for its immigrant investor program, dominated by Chinese candidates. 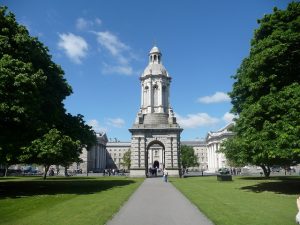 Figures from the Irish Naturalisation and Immigration Service showed a 500 per cent increase in application numbers in 2016.

The program saw 329 applications for Ireland immigration received in total compared with 66 in 2015, 313 of them coming from Chinese investors.

It means the Irish program follows the same pattern as the vast majority of the world’s investor programs, from the U.S. EB-5 and Canada’s Quebec Immigrant Investor Program, to Portugal’s Golden Visa and the U.K.’s Tier One Investor.

All of these programs are dominated by Chinese candidates.

The Irish program provides a range of investment opportunities, with thresholds ranging from €500,000 to €2 million.

Applicants must have a minimum net worth of €2 million and are only required to visit Ireland once every 12 months.

In return, candidates and their families are given Irish residency for two years, renewable for another three years. At the completion of five years, long-term residence can be applied for. Benefits include a liberal tax regime and access to the European Union.

Since the program was launched in 2012, Irish authorities have approved 130 applications, attracting investment worth €65 million.