You are here:
World

Lack of customer interest and cost pressures have prompted the world’s largest air carrier, American Airlines, to get rid of the luxurious and expensive first class from its 47 Boeing 777-200 long-haul international flights.

No longer will customers enjoy being pampered and spoilt on international flights; not that many customers are interested in paying premium charges for such facilities any longer. And American Airlines is not the only global airline company to consider such a move. Delta Air Lines has already abandoned first class and is offering lie-flat beds in business cabins as its most luxurious option for its elite customers.

Second only to American Airlines, United Airlines has reduced the three-class option and is offering first class on a limited number of routes. Domestic travelers can enjoy first class only on the airline’s Airbus A321T, which is operating on the New York-Los Angeles and New York-San Francisco route.

As fewer customers are inclined to pay for such tickets, American Airlines has decided to refit its 777-200s with flat business seats. Although more comfortable and luxurious as compared to Economy, these seats don’t offer pajamas, slippers, or amuse-bouches, which were considered par for the course for those used to first-class pampering. 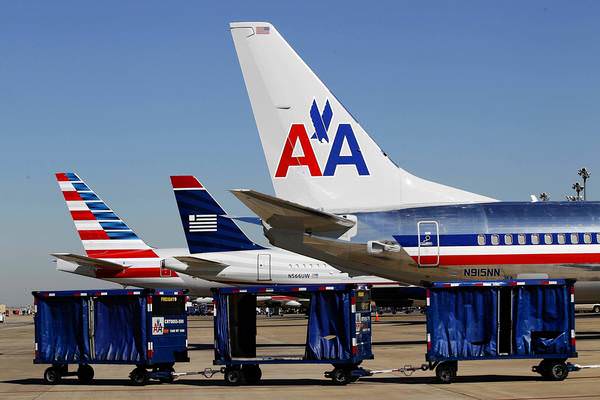 The spokesperson for the company indicated that the company was simply responding to changing demand and customer preferences. Of course, the fact that a refundable round-trip first-class seat on the Chicago-Beijing route is twice the price of a comparable business-class ticket and as much as four-times the price of a non-refundable business class ticket confirms the rationale behind the decision.

After the refit, the airline will have three-class service only on its biggest plane—the 777-300ER, which is operating primarily on its 14 international routes. On other planes, the seating capacity will increase from 247 to 260 by late 2015 before reaching 289 seats in late 2016. The retrofitted 777-200 will have 37 business-class seats with more space than what customers enjoy today. Main cabin seats will increase from 194 to 252. The 777-300ER, which will retain the three-class setup, will have eight first-class seats, 52 business seats, and 250 coach seats.

Despite these changes, the cutthroat competition between airlines to attract more premium passengers continues unabated. After American decided against offering first-class meals to its domestic customers, United Airlines promptly expanded its meal plan in a bid to undercut its rival. It remains to be seen how airlines balance cost-efficiency and customer satisfaction, especially for their most elite set of customers.