EU Visa Restriction Ruled Out For Canada and US

The European Union has ruled out putting in place an EU visa restriction for visitors who are citizens of Canada and the US. 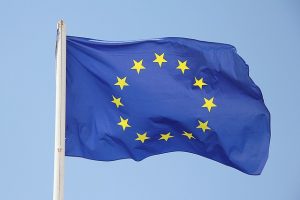 Representatives say enough progress has been made on solving an issue that has dragged on for nearly three years.

Both Canada and the US require citizens of certain European countries to obtain a travel visa.

However, citizens of Canada and the US do not require a visa to travel to the EU.

Three years ago, EU officials put in place a visa reciprocity rule that said any country granted visa-free access to the bloc had to provide the same right to all 28 member nations.

In Canada’s case, the issue was centred on the visa requirement for citizens of Romanians and Bulgarians to travel here.

Although Canada was initially reluctant to grant visa-free access to the two countries, the issue became tied to the passing of the Comprehensive Economic Trade Agreement (CETA) between Canada and the EU.

Romania and Bulgaria said they would not sign the deal without Canada granting visa-free access to their citizens.

Eventually, Canada backed down and is planning to fully lift the visa requirement for Romanians and Bulgarians on December 1, 2017.

In the mean time, as of May 1, 2017, Romanians and Bulgarians (as well as Brazilians) who have held a Canada visa in the last 10 years, or currently hold a US visa, can fly here with an Electronic Travel Authorization (eTA). If travelling by boat or overland, citizens of the two countries will still require a visa until December 1.

Meanwhile, EU representatives are satisfied with the progress of talks with the new US administration under President Donald Trump.

The US currently has a visa requirement in place for five EU member states, including Romania and Bulgaria. The others are Croatia, Cyprus and Poland.

Canada also lifted the visa requirement for Mexicans from December 1, 2016, and has since seem a marked increase in asylum claims.

The first two months of 2017 saw 440 Mexicans detained at the Canada border, according to figures obtained by Reuters. That’s more than the 410 detentions in the whole of 2016.